Find the most beautiful spots in Cornouaille (southern Finistère)

Cornouaille is a historical area of Brittany brimming with charm and rich Breton heritage. The area has been shaped by the Atlantic Ocean and features long beaches and several boating centres.

Head out to discover the “edge of the world”! The peninsula is spectacular from all angles, with breathtaking and unforgettable sites as well as historical heritage: megaliths, the Vauban tower (Unesco World Heritage site) and the fortifications route. 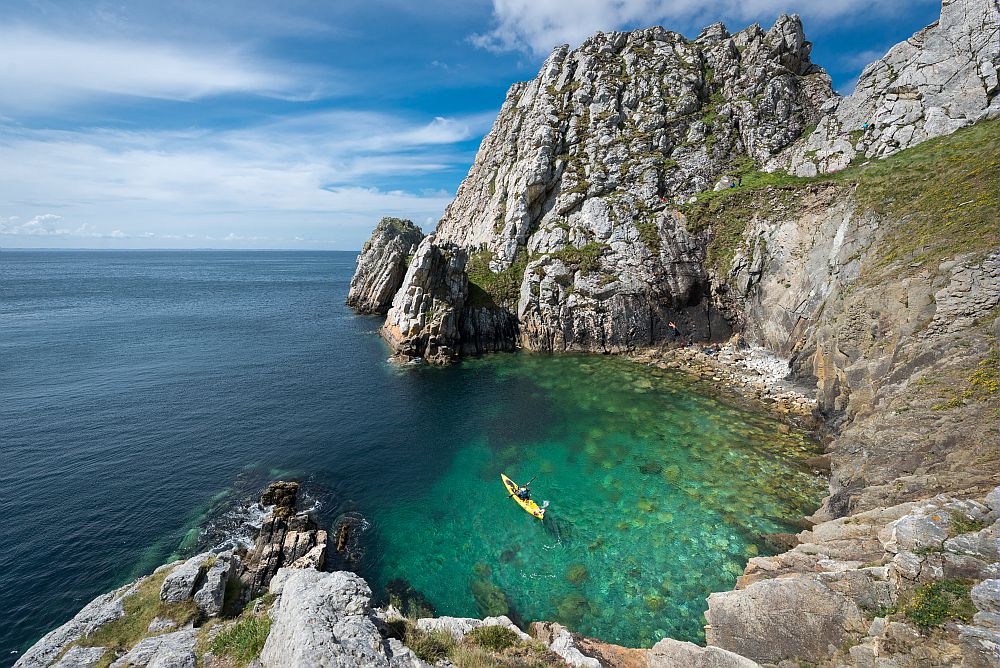 Located on a mountain, this medieval town is one of Brittany’s most prestigious sites, thanks to the quality of its architecture. It is recognised by several different labels, as a Little Towns of Character and one of the Most Beautiful Villages in France. Come meet the town’s many craftsmen. 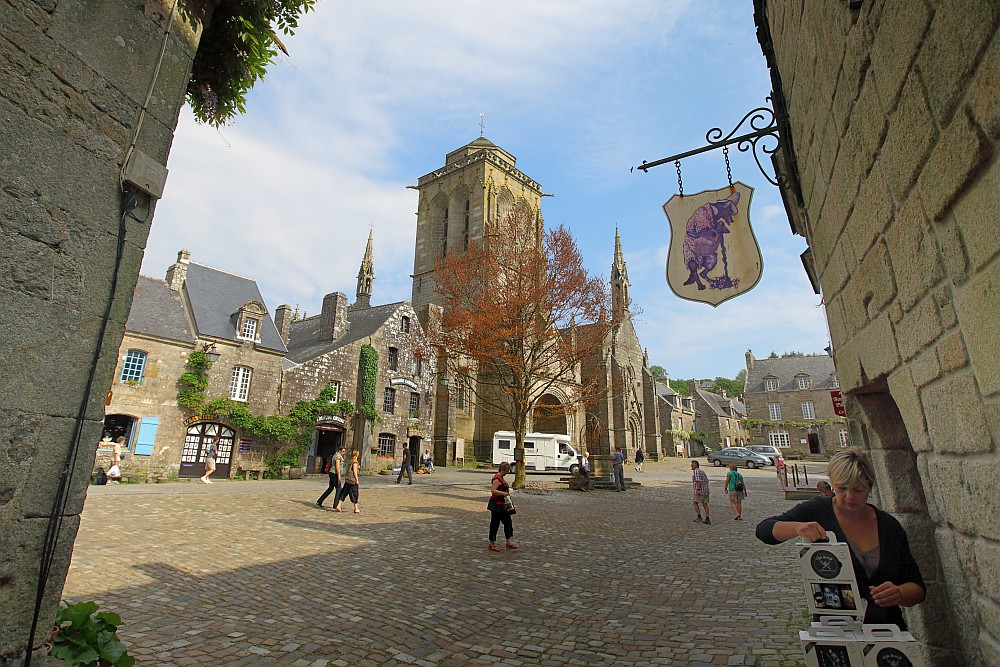 Raz Point is a remarkable natural site at the tip of Finistère. Along the coastal trail between the ocean and moors, discover the vast, famous panorama of Raz de Sein. This strait is well known to sailors, with the Vieille and Tévennec lighthouses and Sein Island. In a setting of high, moor-covered cliffs facing the waves and the wind, the Pointe de Raz is Finistère’s must-see natural site! 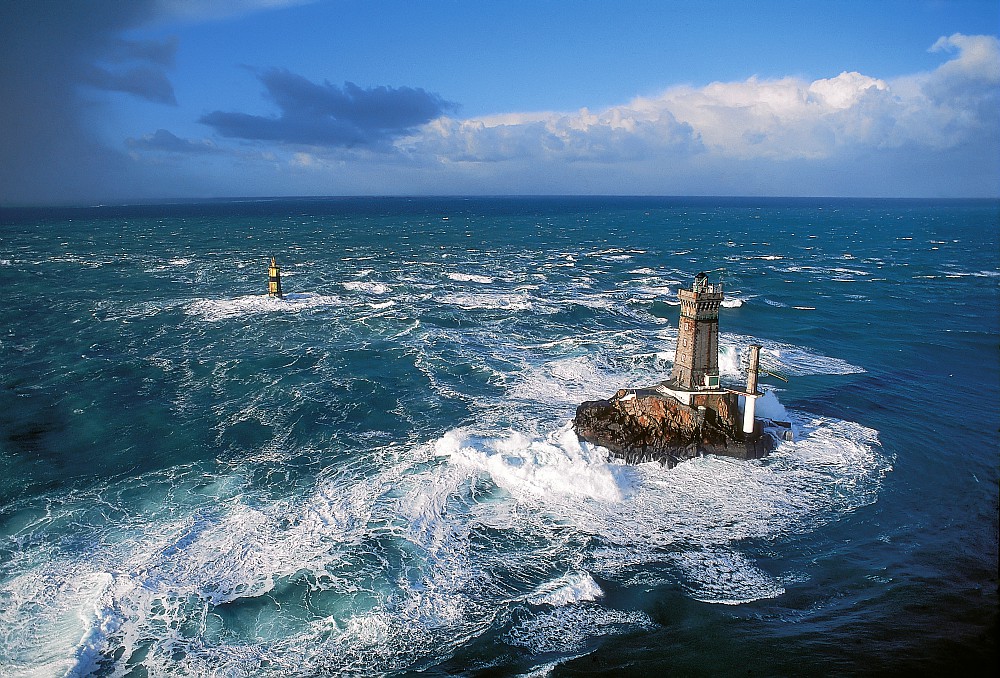 A Town of Art and History, Quimper is centred around its Gothic cathedral and the Odet River. The town is dotted with charming little streets and luxurious window gardens. The timber-framed houses lining the medieval streets are brimming with history to tell. Shopping enthusiasts will love the faience earthenware, textile arts and diverse boutiques of Quimper.

In the heart of the Bigouden region, Torche Point is an impressive natural site. The wind-battered spot is well-known by surfers, while hikers come to see the megalithic sites. In the spring, the point is covered in a rainbow of tulips. 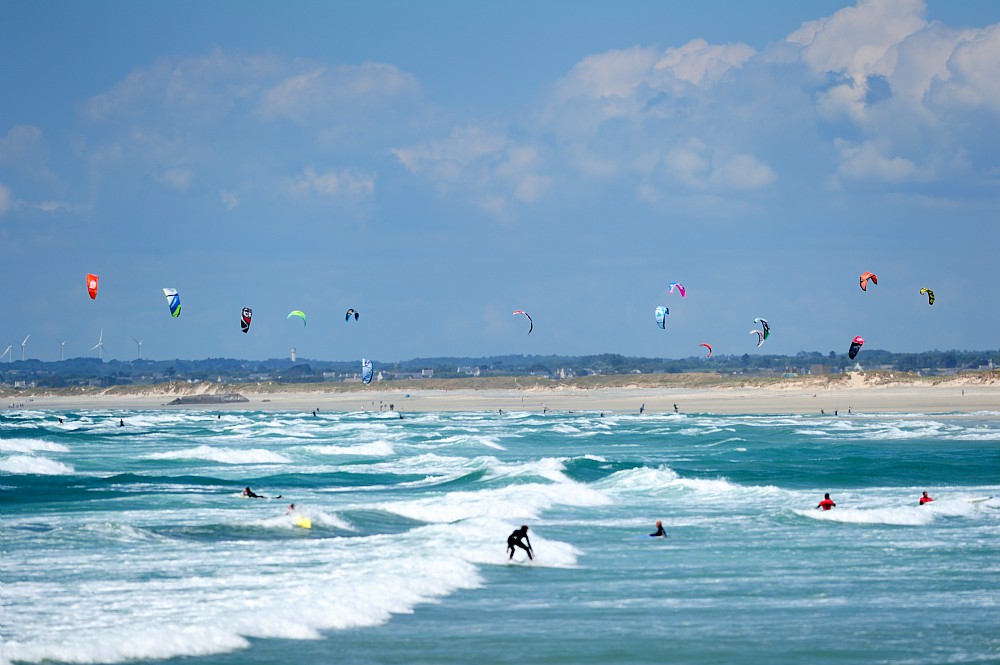 Discover a 100% coastal spot: fishing, beaches and impressive rocks. Penmarc’h Point is an exceptional site, where visitors can climb the 307 stairs to the top of Eckmühl Lighthouse, one of Brittany’s 61 lighthouses in operation. 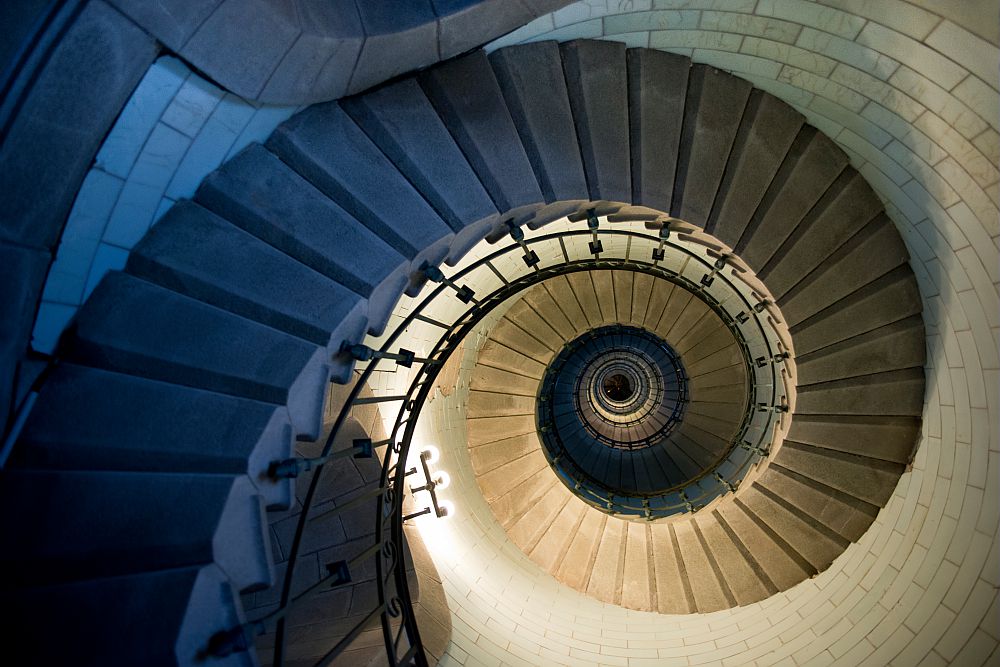 Head to Guilvinec Harbour to see the boats arrive and watch as the fish and langoustines are unloaded, flapping on the port. Beginning at 4:30 p.m. from Monday to Friday, a colourful show awaits. You can also watch as the fish are sold under the auction house. 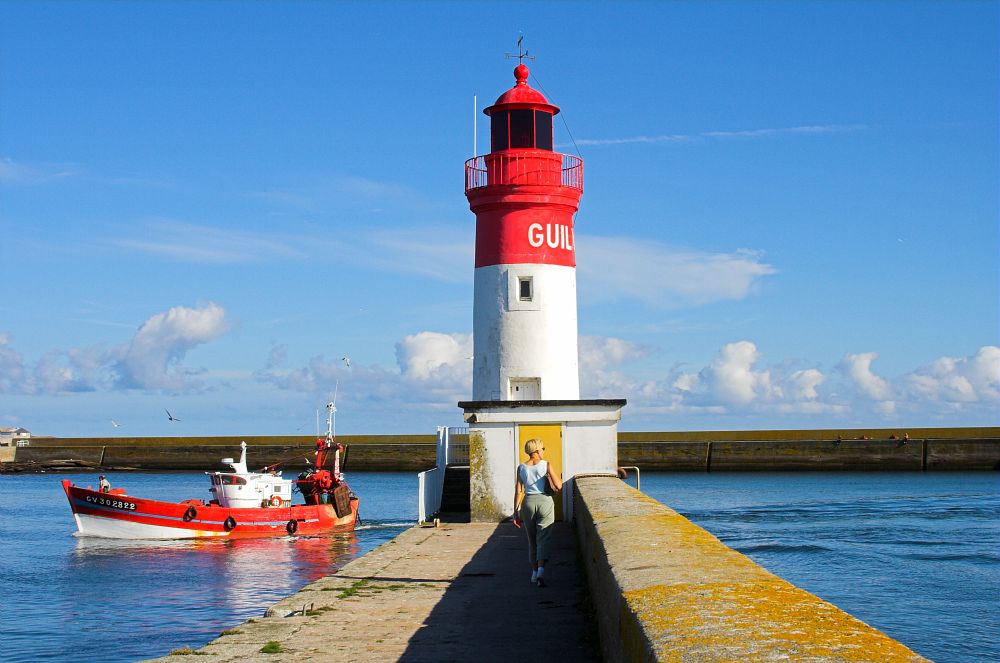 Concarneau has preserved its rich architectural heritage as a port city and a former Breton stronghold. Fishing boats unload their catch behind the fortifications of the walled town near the canning factories and the shipyards. There’s a seaside resort with sandy beaches along the bay. 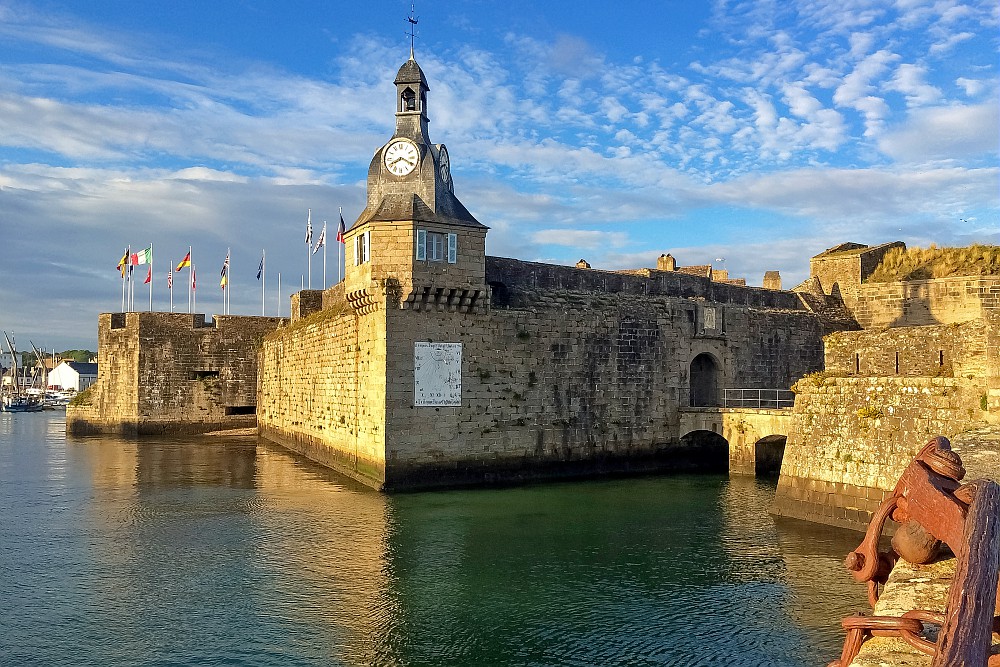 Follow in the footsteps of Paul Gauguin. Imagine him on the port, along the Aven River admiring the rows of mills. You’ll understand why he loved this city of painters that he made famous well beyond the sea. For a gourmet break, there are authentic crepes, of course. 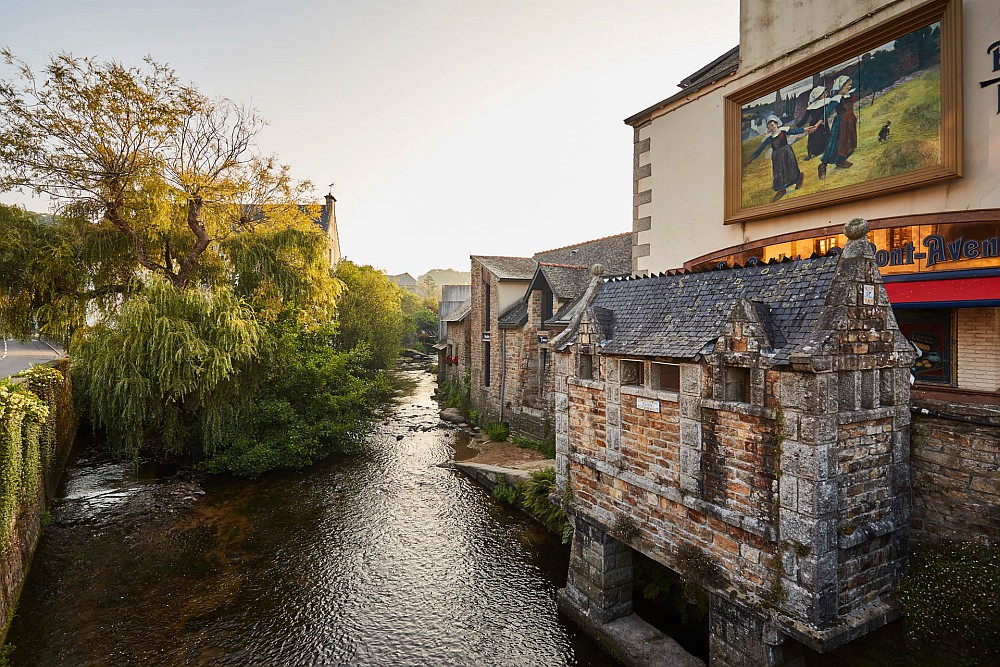 Reach new heights at Mount Menez-Hom, one of Brittany’s highest points at an elevation of 330 m. The mountain is a continuation of the Montagnes Noires, and the summit overlooks the bay of Douarnenez, with an exceptional view over the entire region. This once sacred mountain is today the starting point for several hiking trails and is a popular spot for paragliding. 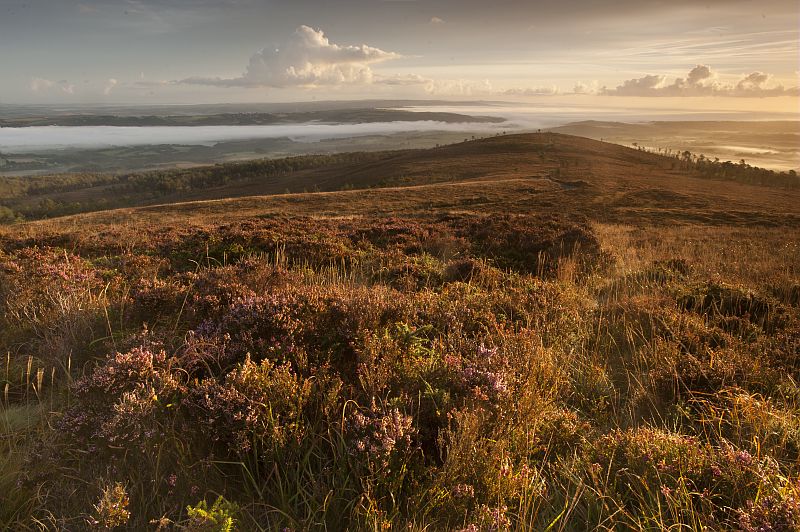 Type your search and press enter

Return to the top of the page